What Matters in the End 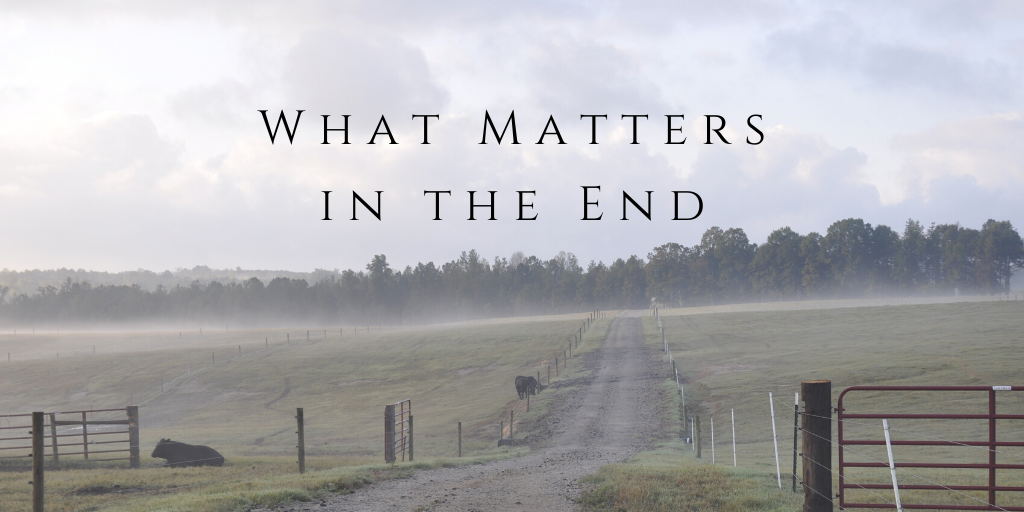 There is so much anger, fear, and confusion wreaking havoc on even the most sensible. The world is suffering from a pandemic in which no one seems to have a clear direction, and the masses are panicking, or are so disillusioned by the authority they refuse to listen and might be putting large populations at risk of infection.

In the middle of everyone doing their best to remain healthy and keep breathing a horrific act of violence is shown to the world as a man is killed as a police officer kneels on his neck. The victim cries out for mercy, saying he can’t breathe and dies in front of our eyes.

The anger, fear, and confusion become tangible in that moment, and we can all see, hear, and emotionally touch the agony.

More lives shatter as businesses feverishly burn to the ground without discrimination.

The ugly face of racism rises like a pimple on faces for all to see.

The virus that began in an open-air market in China 8 months ago has mutated into a limitless rage of the human spirit.

Politics, race, sexual identity are weaponized as more of the masses fall ill.

The anger, fear, and confusion grow as people take sides (having lost) while losing their focus and becoming reactive to this infection of the human condition.

We’ve lost our ability to think in a time when we need to collectively critically think.

The virus rages on, and I am reminded of an important lesson I learned while watching the passing of people I love.

That lesson is that we die as we live.

During my grandfather’s last moments, he laughed. He always sought out joy.

In my grandmother’s last moments, she said, “I love you” over and over again until she could speak no more. She was all about love.

My father wanted to be remembered in his last moments. He was a fiery spirit who never met a stranger.

As the funnel cloud of our pandemic picks up more speed and debris, think about how you want your last moments on this earth to be and make your life all about that direction now. I am not implying any of you may die anytime soon, but why not set your intentions NOW for how you want your life to be in the end.

I’m going to focus on love, peace, and laughter. Lots of laughter.

Any cookies that may not be particularly necessary for the website to function and is used specifically to collect user personal data via analytics, ads, other embedded contents are termed as non-necessary cookies. It is mandatory to procure user consent prior to running these cookies on your website.