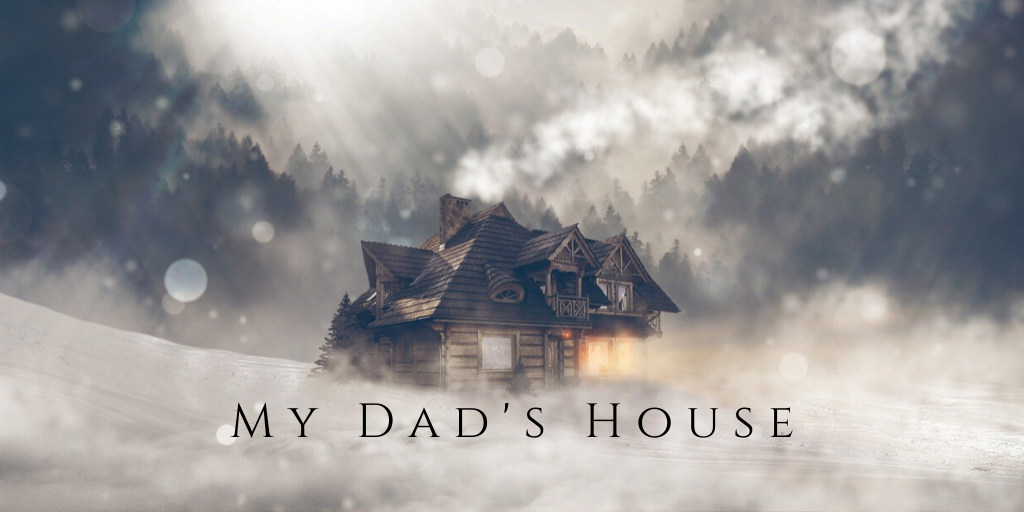 As my Dad lay dying a few weeks ago, I began to see his body as a house.

Unless something catastrophic happens, our bodies take time to die. The process can leave the people sitting by the bedside watching in agony as a loved one’s body shuts down.

As I sat holding my Dad’s hand, I thought about how important it was for him to have these last moments of life on his own terms to do whatever it was he needed to do.

He needed to go through his earthly house – the place that housed his spirit – and prepare for his leaving.

Closing Down the House

I imagined him beginning at his front door, and locking it, then turning off the front porch lights.

With his family surrounding his bedside, slowly and methodically, Dad went room by room, making sure the windows were secured, the rooms were tidy, and then turning off the light of each room of his earthly house.

The hospice nurses told us to try and keep the environment calm and peaceful. We were told that if someone were to yell for him to come back, he would try and wake back up from his slumber. Because he was in the process of dying, that could cause him great agitation and possibly pain.

I would look at his peaceful face and imagine that when people by his bedside began to speak enthusiastically to him, he would leave the room he was closing up. He would turn the hall lights back on, walk to the front door, turn the front porch lights on again, and unlock the front door.  Then, his eyes would pop open, and my Dad would struggle to speak to the person by his side.

After a short while, his eyes would close once more, and he would go back to work, closing down his house, light by light, room by room.

Dad held on for several days beyond what was expected. The hospice nurse would say, “Did everyone say goodbye? Did he get to talk to everyone?”

To which my sister and I would say, “Yes.”

As I sat by his side, I mentioned my shutting down the house metaphor to the family members gathered around his bedside. Dad responded with a subtle nod of his head and a gentle smile.

It was important to give him time to go room by room, mentally and spiritually closing each room of his earthly house.

I was the last of my family members to leave my Dad’s home, flying back after extending my flight to be by his side a little while longer. My Mom and sister live in the same home as my Dad, so he was not alone, but I was out of place.

When my plane touched down, my Dad took his last breath. It was as if he had taken his time in my room and would not turn the light off and close the door until I was home safely.

With his house in order, my Dad left this world. The last light in his earthly body darkened as the light of his spirit traveled to a new home.

I will miss him greatly.