Lizard Jed and the Fallen Egg

Life is not only about finding one egg on your path and trying to save it. We are all interconnected, and whenever we aspire to do our best for the world around us, it matters.

A few years ago, my mother-in-law began her painful journey fighting against ovarian cancer. The Fallen Egg, The Fallen Egg’s New Family, and the following article were written during the beginning of her journey.

Sometimes when we desperately try to help someone we love, and we feel there is nothing we can do to make that person’s life better, the universe places circumstances before us giving us the opportunity to make the world a little better if we choose.

Please read about what happens to the fallen egg and my buddy Jed, a Carolina Anole lizard. 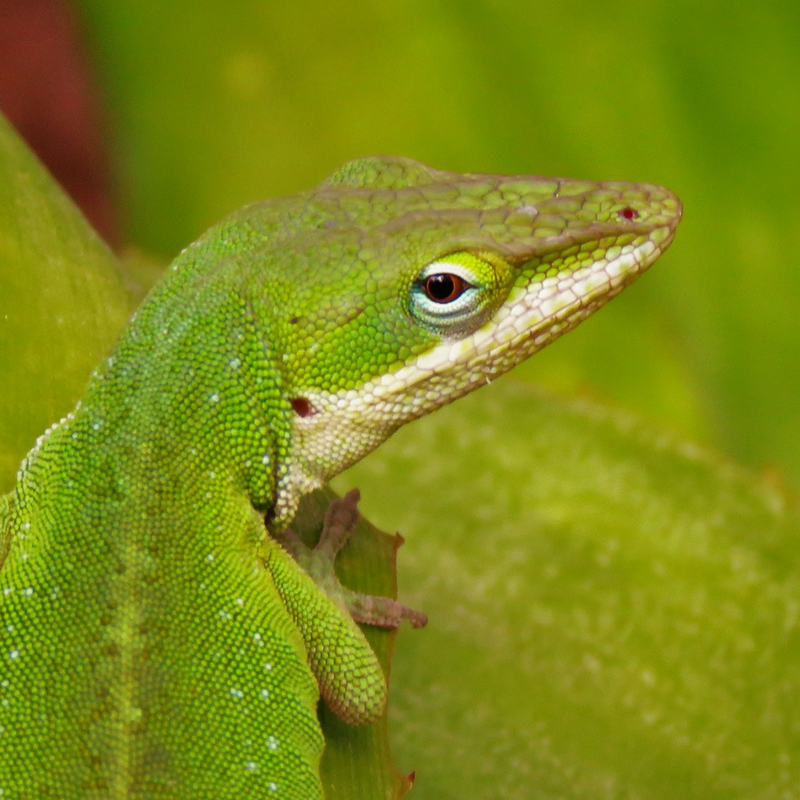 Several weeks ago, Jed, the Carolina Anole lizard that sits on the front porch rail and stares at me as I drink my coffee every morning, ended up on my welcome mat looking awfully dead.

I knelt down near him and blew on him, and he wiggled and flipped. Did I mention he was a dark brown color as well? He is usually bright green.

I yelled for my husband Byron.

“No, I didn’t step on Jed,” he replied indignantly.

“Well, there is something wrong with Jed, and we can’t just leave him here to get eaten.”

So, my very analytical, very intelligent husband sighed and disappeared into the house for several minutes as I stared wide-eyed at Jed.

Jed was on my welcome mat after all.

Jed has spent morning after morning with me staring at me while I eyed him over my coffee mug.

Most people would have walked away, but I couldn’t. I knelt over Jed and waited.

Byron came back outside with my youngest daughter’s bug container. He pulled off some leaves from the camellia bush by the porch, picked up wiggly, pitiful Jed, placed him in the container, handed me the container, and disappeared back in the house.

I sat with the container held up to my face, my eye inches away from poor Jed.

The container was placed on the dining room table, on the same spot the box with the fallen blue bird’s egg sat before the egg was moved to its new home outside.

I had some mealworms for the bluebirds that frequent my bird feeders. I thought Jed might eat mealworms, so I sprinkled some of the dried worms in the container after calling my animal-lover neighbor to see if she just so happened to have any moths on her porch she could gather for Jed. In the past, I had watched Jed snag some moths on the porch while I drank my morning coffee. He’d eat the moth. I’d drink my coffee.

My neighbor Karen didn’t have any moths on her porch, unfortunately for Jed.

You would think she would think I was crazy, but Karen has known me for decades, so she doesn’t think I am crazy.

With many heavy sighs, I sat at the dining room table that night staring at Jed. First, I had to worry about the fallen egg, and now Jed.

At one point, as I stared into the container, Jed fell on his back, legs straight up.

When my mother-in-law first was diagnosed with ovarian cancer, we offered our home to her so she could seek treatment at Duke Cancer Center. She refused. Now, I wondered if she feared I’d place her on my dining room table and sing to her.

The next morning, I opened all the blinds in the house, and in between writing, and chores, I moved Jed’s container from window to window so he would get optimal sun. He began to lie in the cap of water I put in the container, and he began to green-up a bit.

Karen called to check on Jed.

That afternoon, I walked by the container and gasped. Jed was standing straight up, all nice and bright green.

I carried the container out to the front porch and opened it near the camellia bush, and out he quickly scurried. 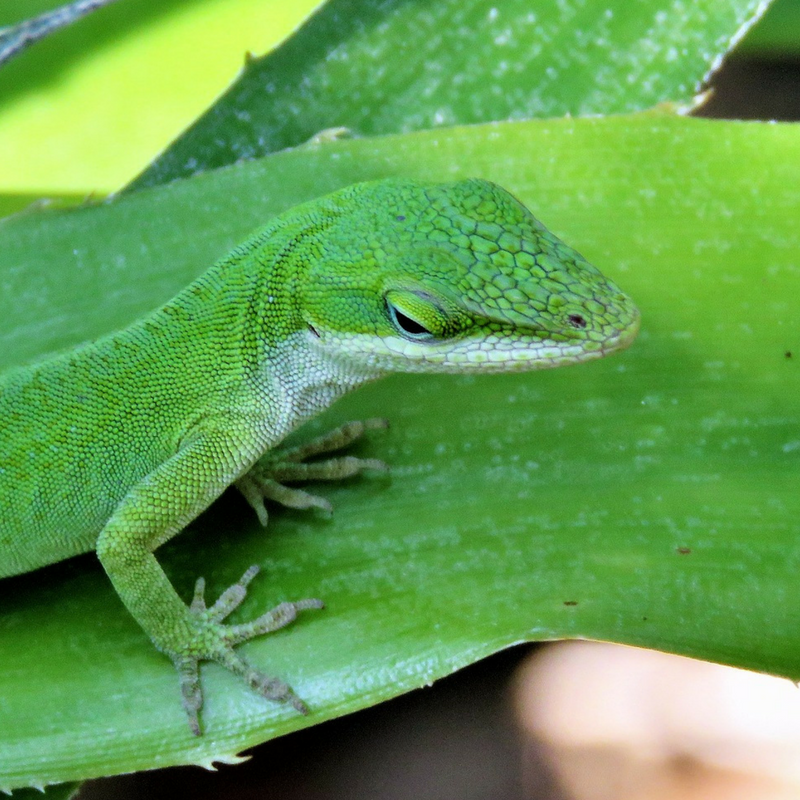 Jed is back to sitting with me in the mornings while I drink my coffee. I noticed a notch near his tail. Maybe his trauma was caused by someone stepping on his tail, and he just needed some time to heal.

Later in the day, neighbor Dave came over to give us news on the fallen egg.

The birds have hatched in my neighbor’s nest on his porch.

I can’t tell which bird is from the fallen egg, but I am going to believe that it is the happy one. 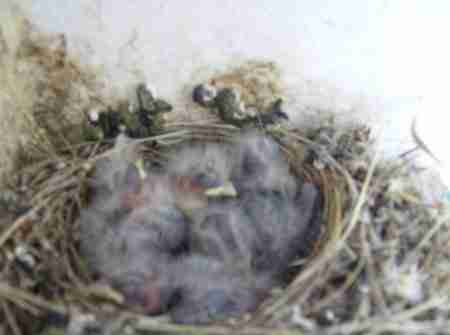 After many courageous years of fighting ovarian cancer, my mother-in-law’s life ended.

We were all by her side feeling devastated and helpless as we watched her leave this life.

We brought home a hydrangea, a funeral gift. My husband and I planted the hydrangea in our front yard.

You’ll never guess what we discovered in the hydrangea while we were planting it – three small speckled cardinal eggs.

Neighbor Karen just happened to have a bird’s nest on her front porch and carefully placed the eggs in the nest.

That was years ago.

Before my mother-in-law died, we rarely saw cardinals in our yard. Now, we daily have five to seven cardinals at our bird feeders. 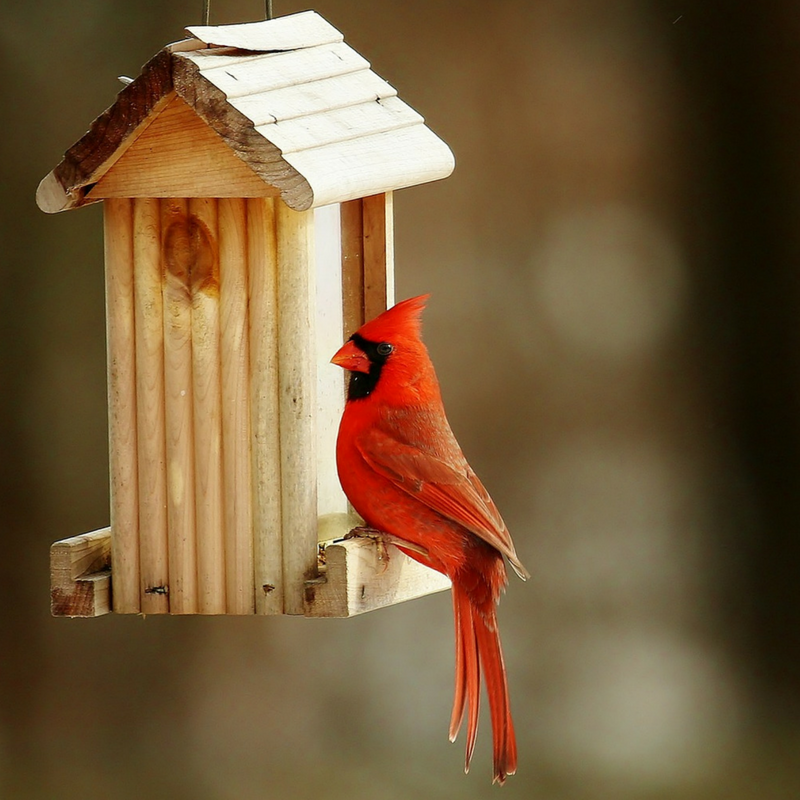 I’m fairly certain those cardinals are the offspring of those three eggs from my mother-in-law.

The cardinals are a constant reminder that sometimes all we have to do is the best we can do for others, and it all matters. 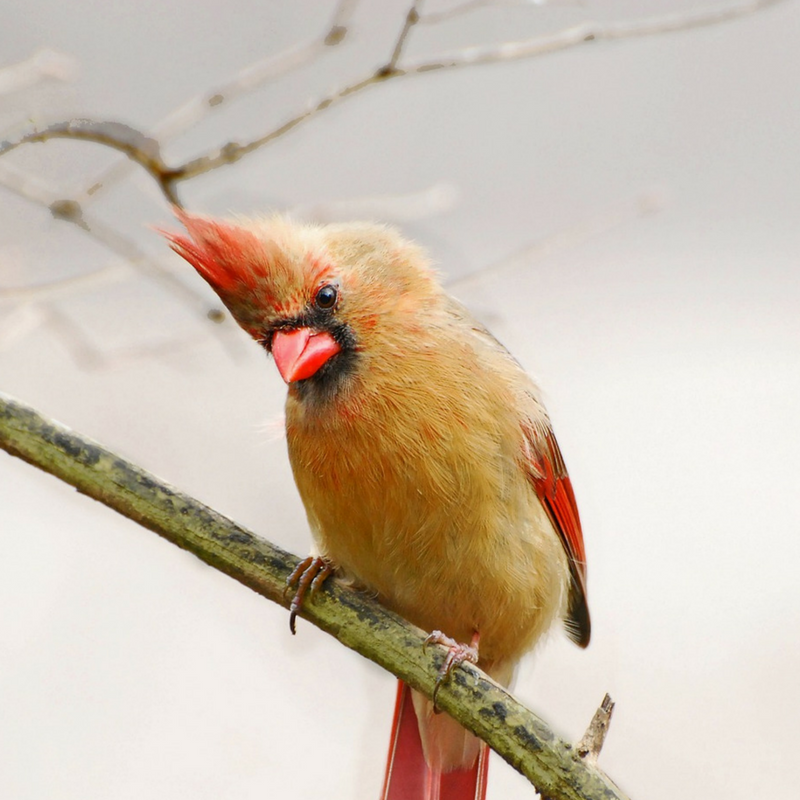 Check out my new eBook on how to manage the complexities of sitting by the bedside of someone you love. 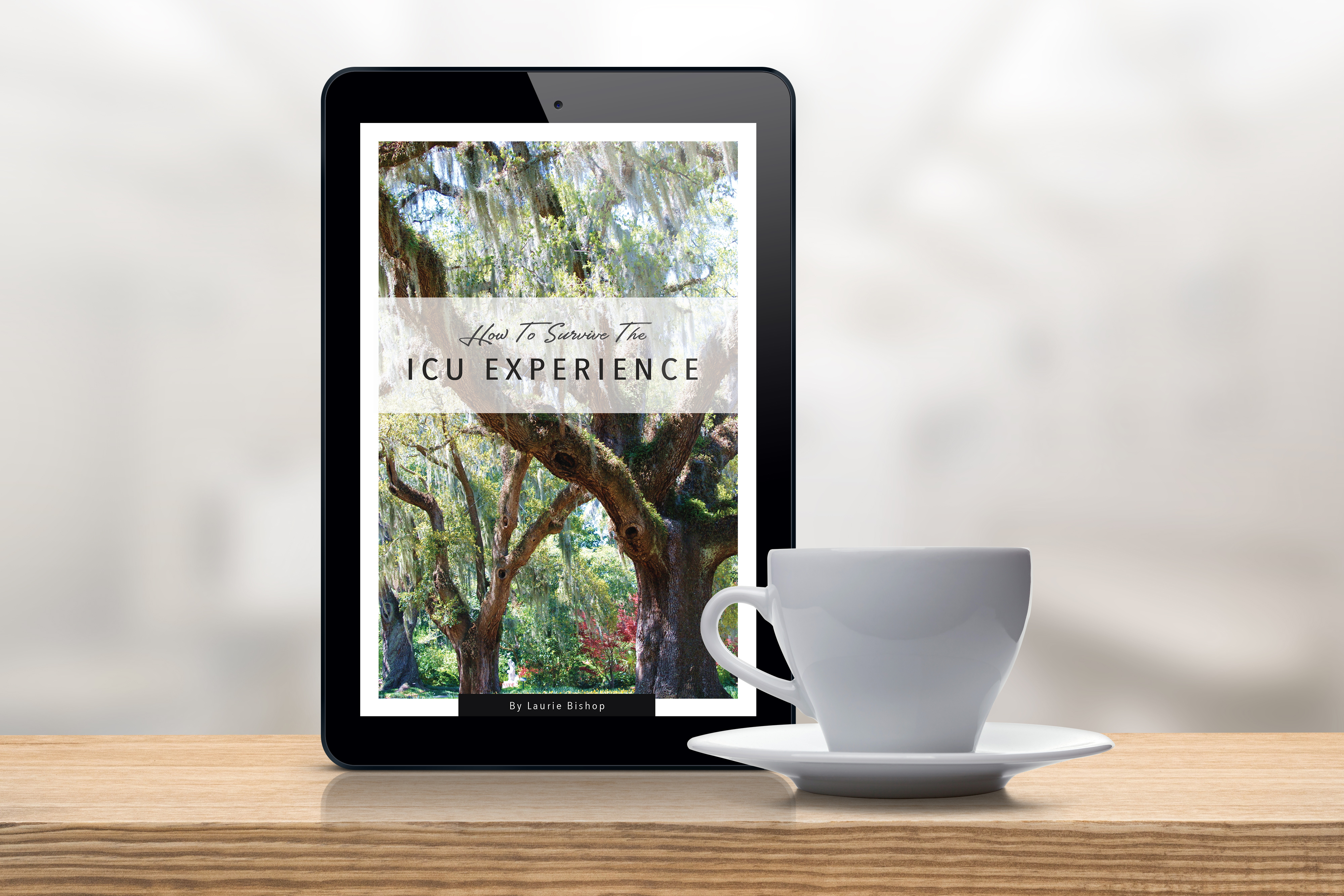