Childhood Dreams of A Life with Flipper

When I was a young kid, I didn’t want to grow up to be Miss America. I wanted to work in a boat with Sandy and Bud alongside a dolphin named Flipper. That seemed like the perfect life to me!

I can’t remember the first time I saw a dolphin in real life. Of course, I watched the TV series Flipper before I was even old enough for kindergarten. Back then, I was pretty confident that my life would be filled with days of swimming with my best friend, who would be a dolphin. We would solve many crisis situations together. I’d have a great tan and eat ice cream all the time.

Much like a riptide, life took me far from that childhood dream.

I grew up into my 50’s relegated to standing on the beach staring off into the vast ocean at a small fin or two that would eventually break the water, then disappear.

There was that one time in Australia when my husband paid a ton of money so I could swim with a dolphin in Sea World. The dolphin’s name was Rebel and the experience, which lasted all of 15 minutes, was spectacular.

Then, there was the time a few years back when I was paddle boarding in the Gulf of Mexico, and about five dolphins playfully swam by my side for a few yards before disappearing beyond my reach. That was also spectacular.

Other than those two moments, my life has been far from my young life goals until I went to the Dolphin Research Center in Marathon, Florida a few weeks ago.

My husband, daughter, and I went while we were on her spring break vacation. We drove up to the center, and we assumed our experience for the day would consist of us sitting on an uncomfortable bleacher while watching a dolphin do tricks in the far distance.

We were wrong about that.

We weren’t far removed from the dolphins, we were right beside them!

The center contains many netted lagoon-like areas with boardwalks and benches. 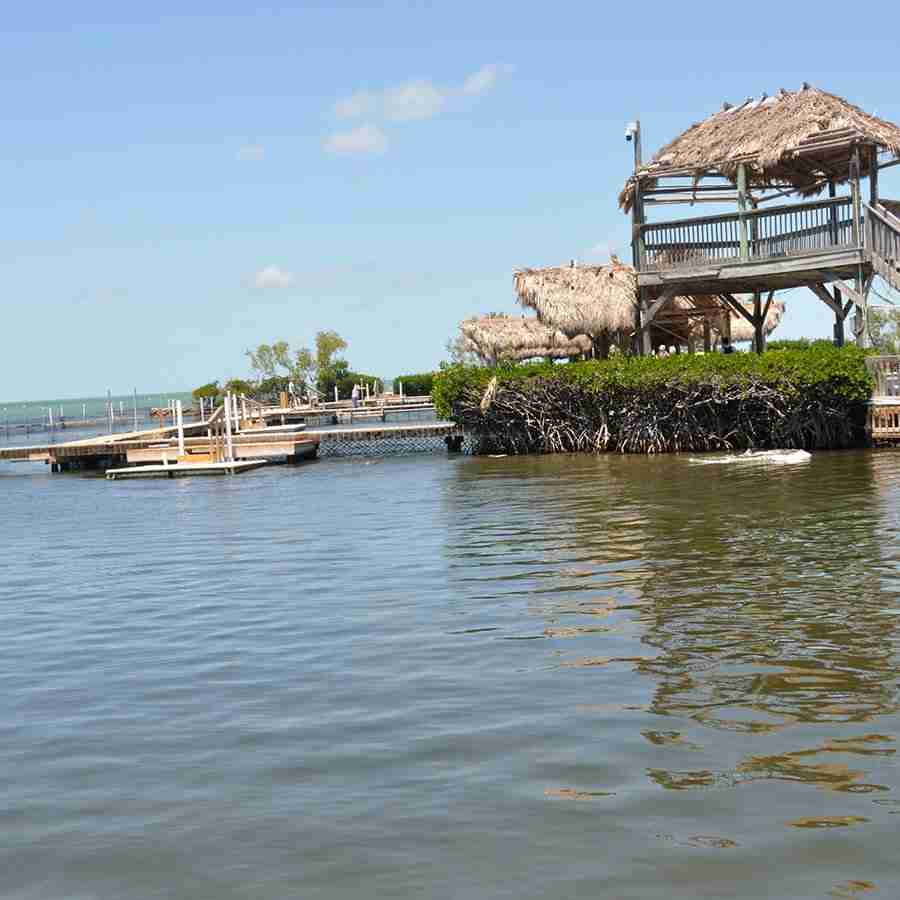 One of the lagoons at the Dolphin Research Center

We were awestruck by how close the dolphins would swim up to the boardwalks giving us an unexpected intimacy with them.

I found myself taking more pictures of the dolphins then I did for my daughter’s senior prom.

We would be watching a trainer working with some dolphins when a dolphin from a neighboring lagoon would call out to us, pulling our attention away from the action and towards him. We would walk over to the dolphin, and he would talk to us. Actually, talk to us, and then joyfully swim away. 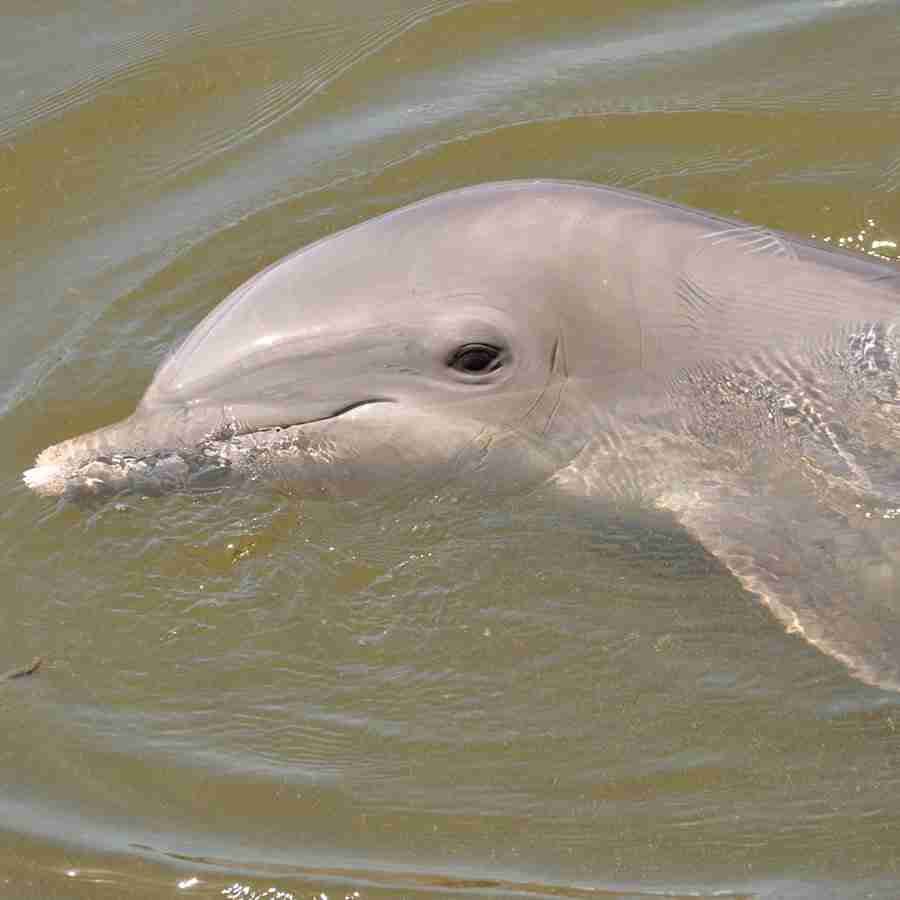 Can a dolphin swim joyfully?

The dolphins would interact with us playfully. It even seemed to me like they were staring into the camera and smiling when I took their pictures. 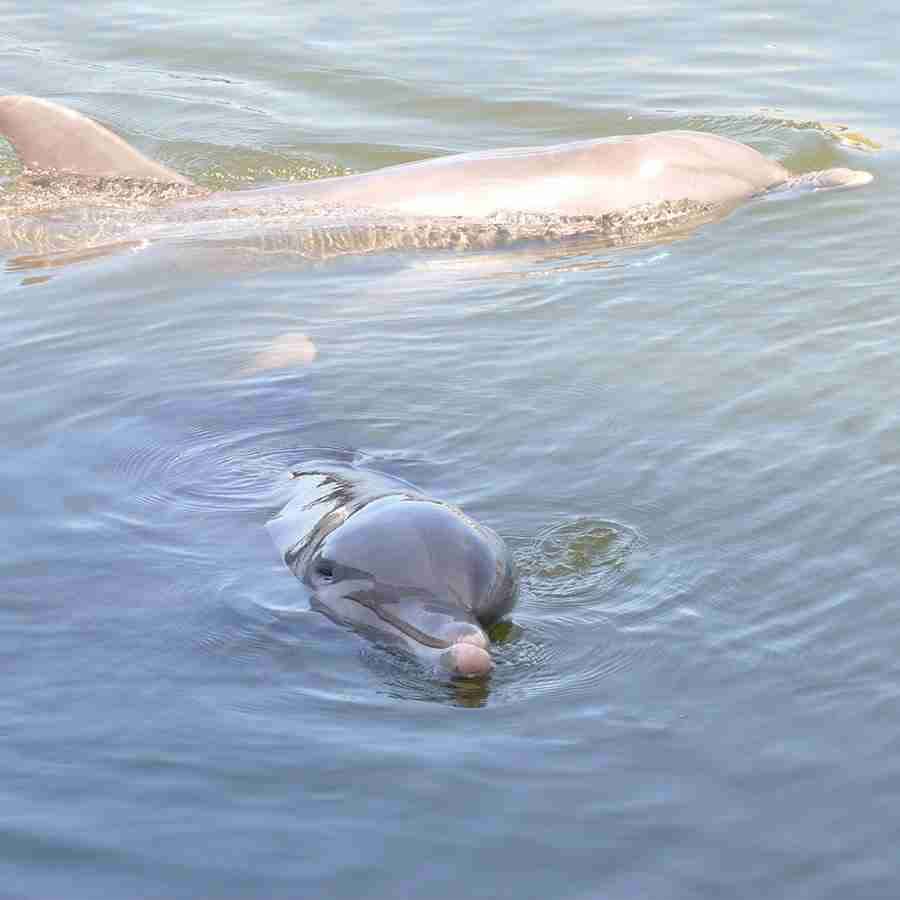 At one point, a lady with a dog walked up to talk to one of the trainers. I watched in fascination as a dolphin swam up to greet the dog. 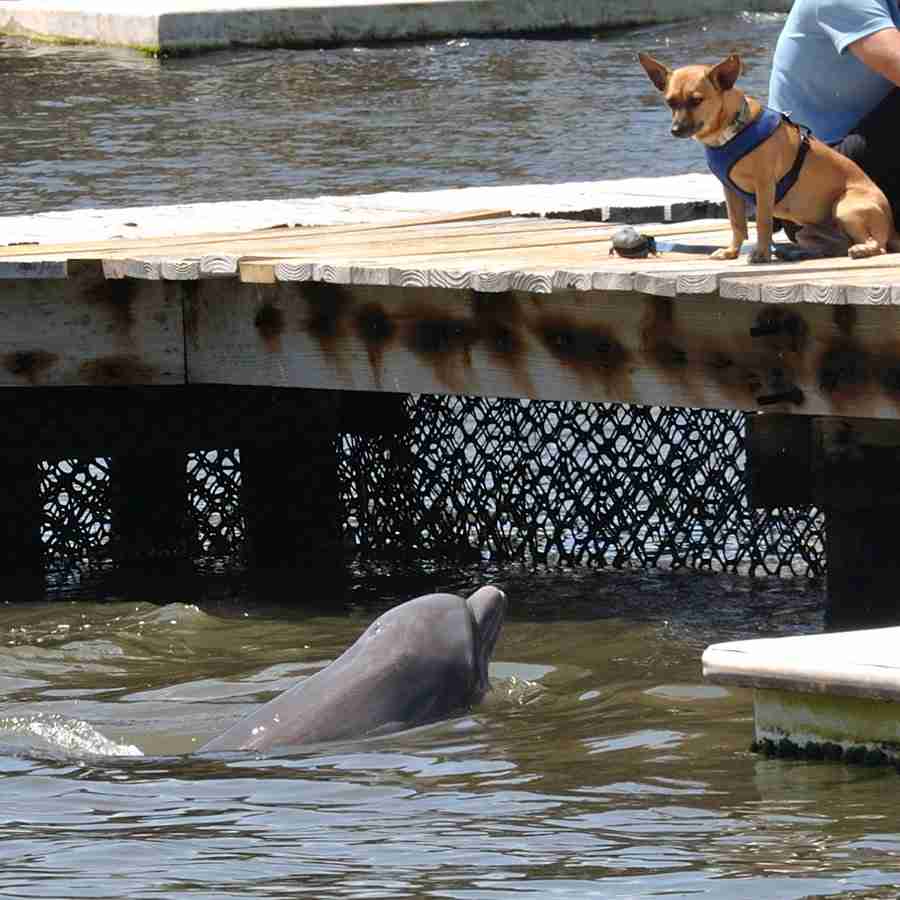 A group of dolphins ate ice cubes from a trainer’s cooler like it was their favorite flavor of ice cream, which for them, it probably was. 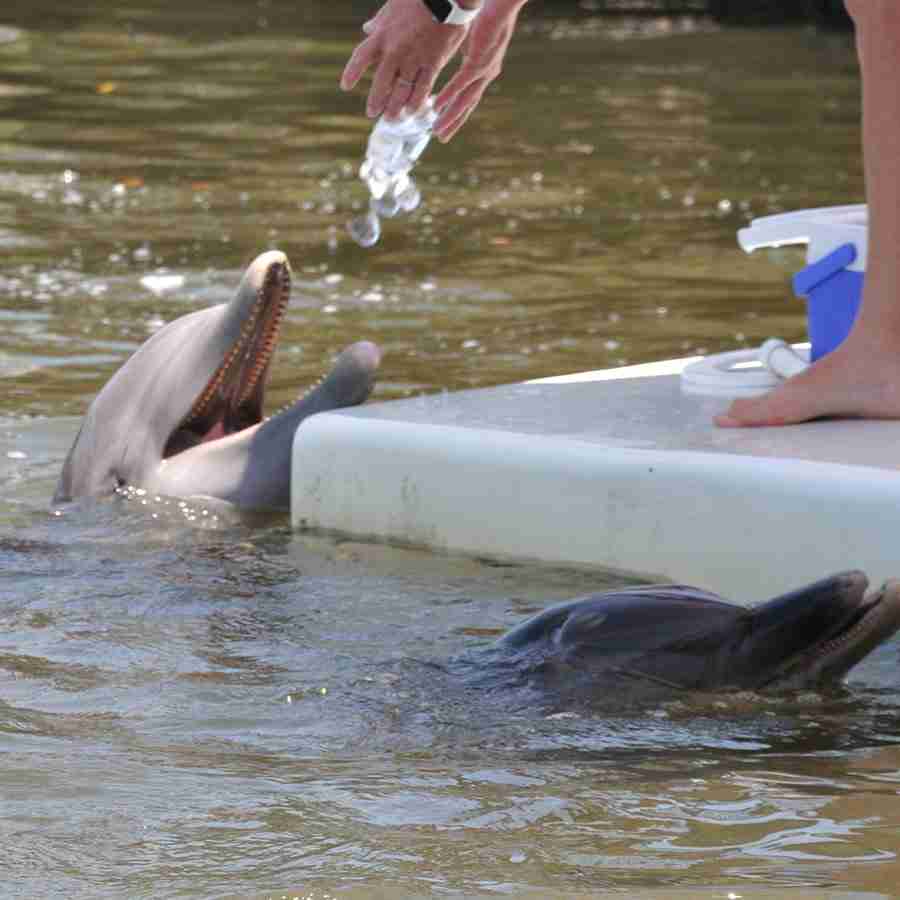 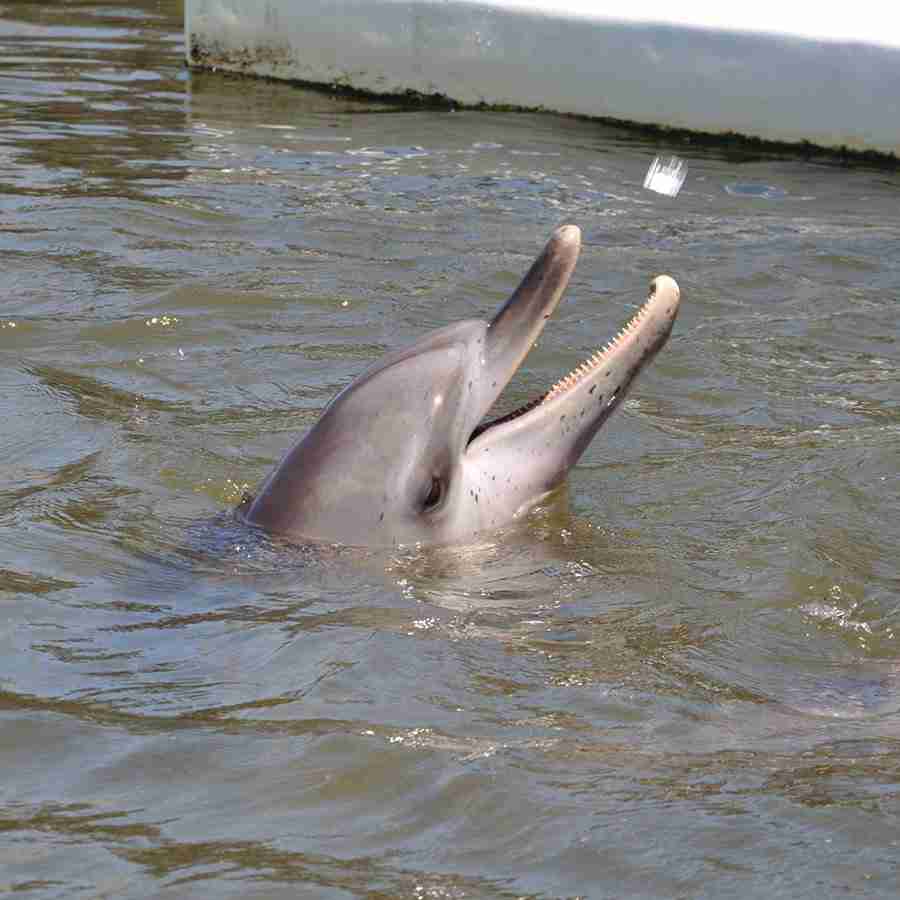 They playfully stood straight up in the water. It seemed like one of the dolphins was looking right at me making sure I was watching! 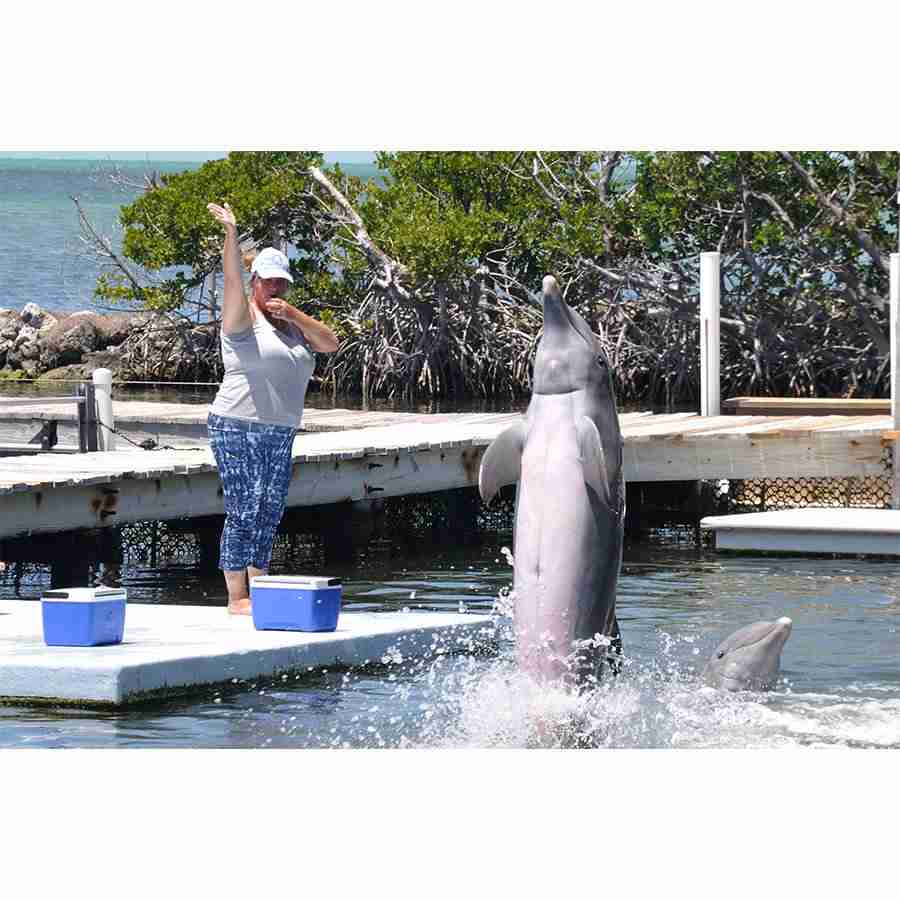 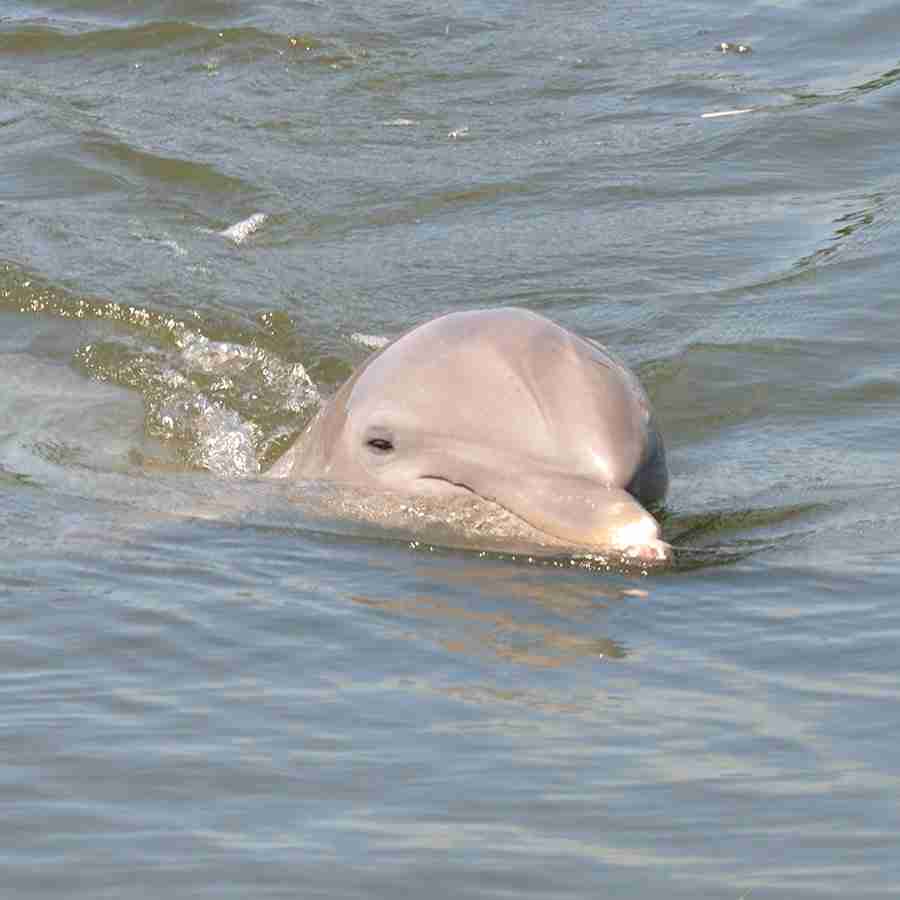 Did I get teary-eyed when I learned this? Maybe.

We were all shocked to see that dolphins can playfully lay on a raft. I had no idea! 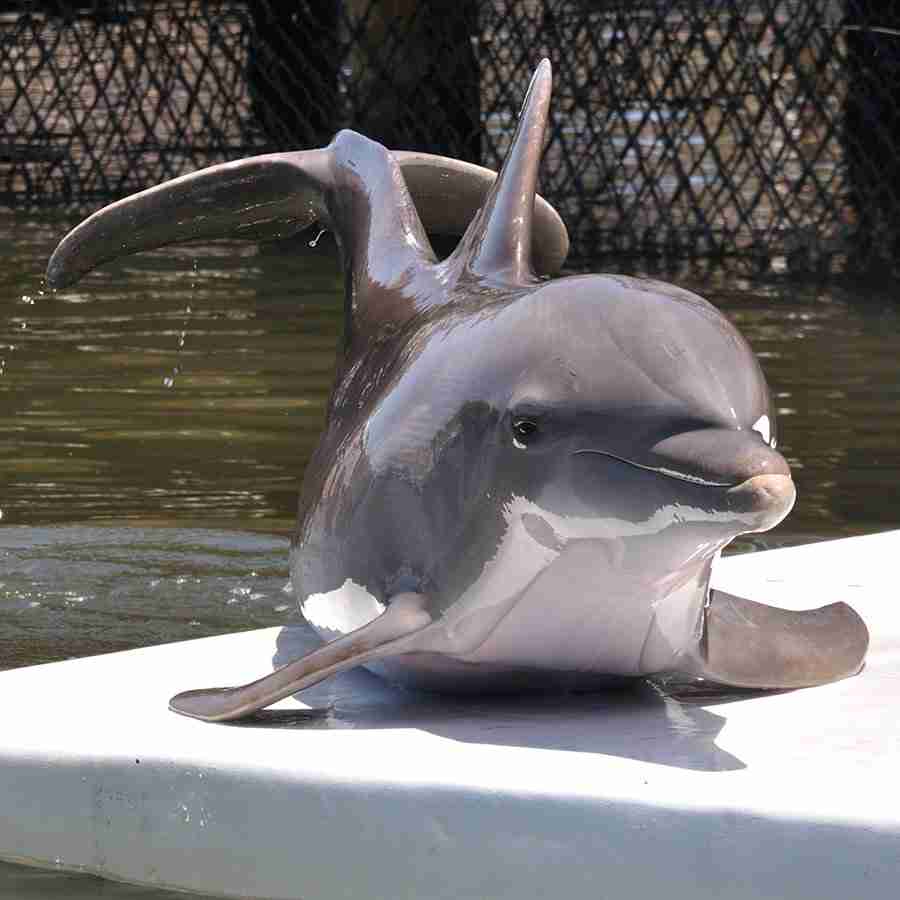 At one point, one of the dolphins did a complete circle, rising up higher and higher in the air with the rotation of his body. He was flawless! An Olympic diver’s dream!

DRC is a non-profit organization. The organization’s focus is on providing a healthy and good life to dolphins who are not able to live out in the ocean on their own. Sometimes they are not able to live outside of the center because of injuries or the inability to feed themselves in the wild. The Dolphin Research Center focuses its research on dolphin cognition, behavior, and husbandry. While spending hours at the center, it’s clear that the DRC is living up to its mission statement, which reads,

“Through education, research and rescue, Dolphin Research Center promotes peaceful coexistence, cooperation and communication between marine mammals, humans and the environment we share with the well being of DRC’s animals taking precedence.”

If you are able, please donate to the Dolphin Research Center. Donations can be made here.

Here is a clip of the beginning of the TV series Flipper from Youtube to give you an idea about what life on a boat with Sandy and Bud may have been like for Flipper and me.

My husband, daughter, and I ended up spending 5 hours at the Dolphin Research Center, and we would have stayed longer if it wasn’t for the heat of the day getting to us. 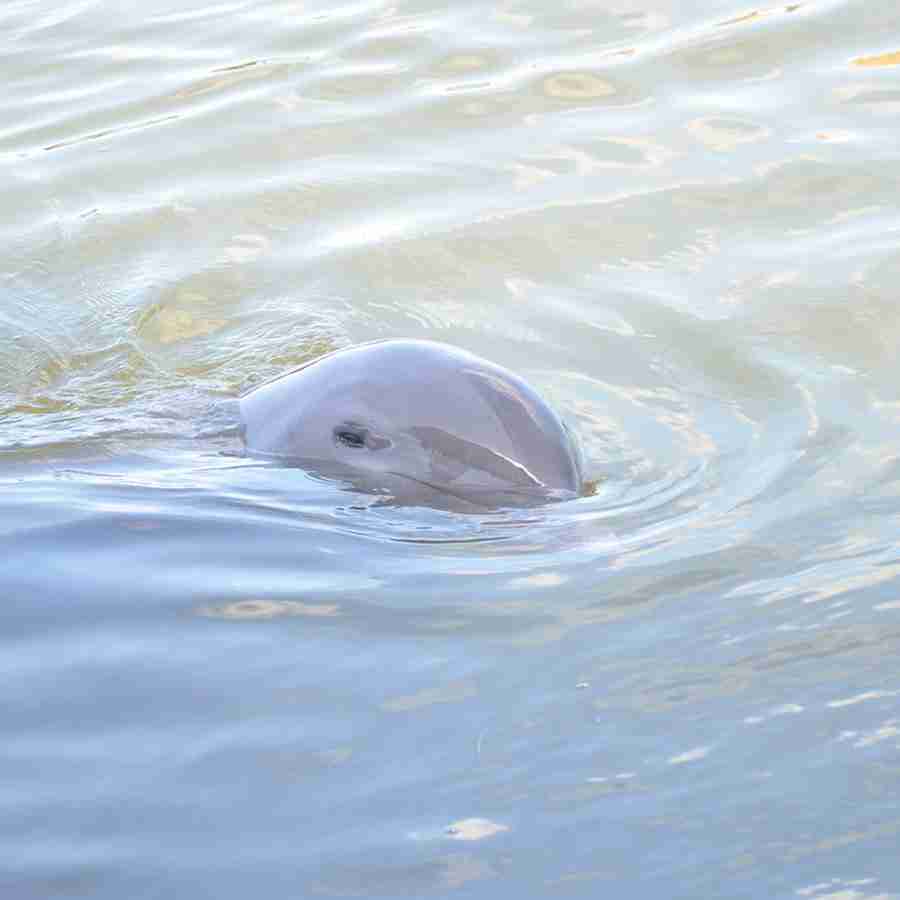 I have to admit, I spent the majority of the time we were at the center staring at the dolphins and remembering that childhood dream of collecting old unused shells from the ocean bottom with Sandy and Bud while Flipper swam with us.

I’d be tan and eat ice cream every day. 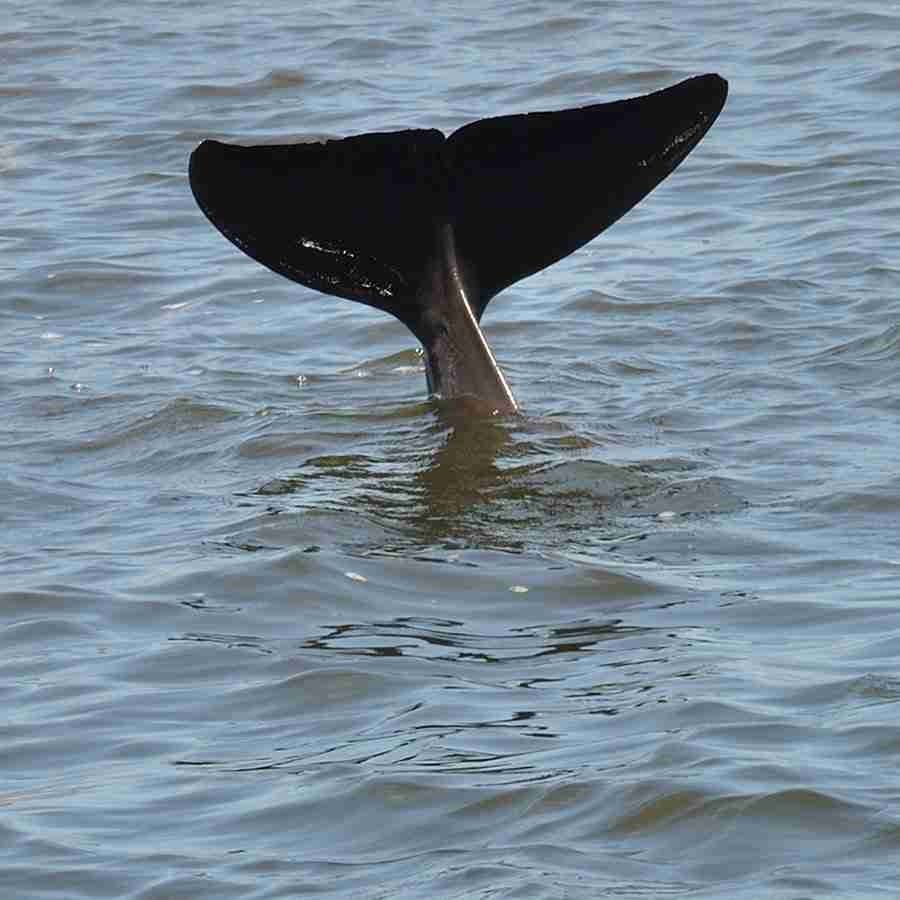